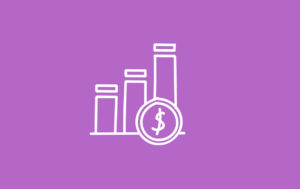 VTS, a New York-based company which aims to “streamline leasing and asset management processes,” has raised a $90 million Series D that makes the company one of less than two dozen unicorns in the “proptech” space, it said.

The seven-year-old company has raised a total of $187.4 million in its lifetime. This latest round, led by Brookfield Ventures, the investment arm of Brookfield Asset Management, is “believed to be the largest venture financing in the history of commercial real estate software,” according to the company’s press release.

Brookfield Asset Management is a publicly disclosed VTS customer. Other new investors in the round include strategic investors (and other VTS customers) GLP and Tishman Speyer, as well as previous backer Fifth Wall, among others.

No doubt the commercial real estate market potential is huge, with the industry valued at more than $15 trillion in the U.S. alone in 2017, according to the National Association of Real Estate Investment Trusts.

VTS, which employs a SaaS business model, is break even and saw its revenue grow 70 percent YoY in 2018, according to Amy Millard, CMO. It’s been conservative in hiring as it moves toward profitability, she added, with just under 200 employees. The company claims that its software platform gives landlords the ability to “convert leads to leases” 41 percent faster by building “data-led strategies.” It also offers a benchmarking and analytics product called “MarketView.”

VTS and competitor Hightower merged in 2016 and grew square footage of office, retail, and industrial assets managed from a combined 2 billion to 10 billion at the end of last year. The company has a user base of over 35,000 including some of the biggest names in CRE such as Blackstone, Hines, Jones Lang LaSalle, and Boston Properties.

VTS said it plans to use the money to enhance its platform both domestically and globally. It also plans to accelerate the launch of its commercial real estate (CRE) marketplace, Truva, which is slated to go live later this year.

Jesse Weber, a senior managing director in Newmark Knight Frank’s Austin office, told me he’s watched VTS grow “exponentially” since its merger with Hightower. That, according to Weber, was the first signal that the merged company had the potential to be a leader in the CRE tech space.

Another interesting point about the recent raise, to Weber, was that Brookfield Ventures, led the round.

“Generally a strong sign in any industry when a company’s largest customers are their leading investors,” he said. “In my opinion, the long-term outlook for VTS is extremely bright as it has found a way to equally align with brokers and owners with value creation tools that optimize otherwise archaic processes.”